From Waseda in Tokyo, through Chalmers in Gothenburg to Penn State University in Pennsylvania, universities along with their research facilities are trying to make a breakthrough in the field of robotics by working on huge number of projects. Such project is ROAR (Robot-based Autonomous Refuse handling) led by Volvo.

The ROAR (Robot-based Autonomous Refuse handling) project aims to create a robot that works along with a garbage truck with a human driver to collect trash. The robot should receive orders from the track driver via truck’s computer. The orders should be simple, grab bins and bring them back empty.

As we mentioned at the beginning, the ROAR (Robot-based Autonomous Refuse handling) project is led by Volvo, but several research facilities are involved in it. Mälardalen University is making the robot; the Chalmers University of Technology in Sweden is developing the operating system, and Penn State University is working on the communication, graphics and control panel for the truck driver. The waste recycling company Renova is developing the actual vehicle.

The first prototype is expected to be tested in mid-2016, and the first operating ROAM system is expected at the end of 2018.

55-inch rollable TV prototype to be unveiled by LG 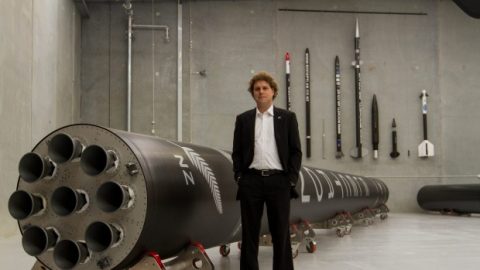 The first 3D printed rocket will be launched soon